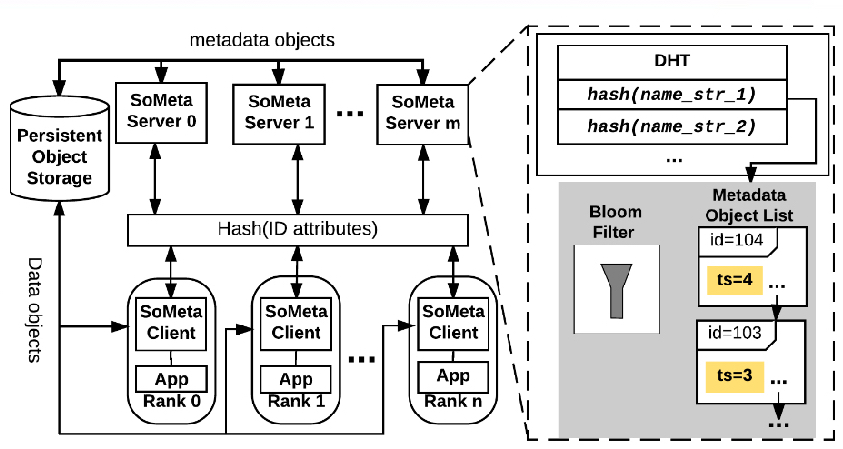 Performance of SoMeta: In searching SDSS metadata objects, SoMeta outperforms Lustre by up to 40X, and SciDB and MongoDB by up to 90X (Y-axis is in log-scale.)

Scientific experiments and simulations produce massive number of data files with numerous variables. When the files and data variables are stored as objects with extensive metadata attached to them, existing file systems are incapable of locating the data scientists require in a scalable way.